We at Cara-Friend are delighted to announce a new partnership with ShoutOut, which will see our work in schools much enhanced and extended over the coming school year. ShoutOut launched in Dublin in 2013 to deliver workshops in secondary schools, on a voluntary basis, to combat homophobic, biphobic and transphobic bullying and attitudes. This new partnership will see ShoutOut operate in Northern Ireland for the first time ever.

“The demand for workshops and training around LGBTQ+ issues in schools in Northern Ireland has risen dramatically in the past year”, says Declan Meehan, Deputy Director of Cara-Friend. “Partnering with ShoutOut will allow Cara-Friend to do more to combat the difficult times faced by LGBTQ+ students in secondary schools.”

Recent research, carried out by Cara-Friend, Youth Net and Youth Action, has shown that 68% of LGBTQ+ students reported experiencing bullying on the basis of their sexual orientation and/or gender identity, making schools a priority area of action for Cara-Friend. The partnership with ShoutOut is just one step the organisation is taking to tackle negative attitudes and language towards LGBTQ+ young people in schools. Cara-Friend has just launched a number of programmes available to schools, as well as youth clubs, on their website, which can be found here.

Schools can request Cara-Friend – ShoutOut workshops, which are available for all age groups. The module has been delivered to thousands of students in schools all across Ireland with a great response from those who have benefited from them, including young people and school staff. The first workshop was delivered earlier this month in St. Joseph’s Boys’ High School in Newry. “We were delighted to have ShoutOut deliver their first workshop in the North here at St. Joseph’s” says Declan Murray, Principal. “It’s a great honour to have been the first school to have received one, and it was received brilliantly by the students involved.”

For more information contact Declan on declan.meehan@cara-friend.org.uk or check out www.shoutout.ie  to book a workshop 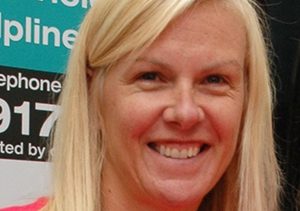