Cara-Friend welcomes the long-awaited DE report into the experiences of LGBT students at post-primary level in Northern Ireland. While Cara-Friend had expressed reservations around the survey which was conducted, mainly regarding the age range (16-21 years old), we are pleased to see that the report has finally been published. Cara-Friend has lobbied for this information to be released for almost two years.

The statistics of most concern are:

Cara-Friend is the only LGBT organisation in Northern Ireland which works on a daily basis with post-primary schools in an effort to improve the lived experiences of LGBTQ+ youth in those schools. Our LGBTQ+ Inclusive Schools Programme was launched last September and since then 20 schools have engaged fully with it, with a further 30 schools availing of training for their teachers on LGBTQ+ Awareness.

There is clearly a lot of work to be done to ensure that school – a place where young people spend a significant amount of their time and lives – becomes a safe and accepting place for people, regardless of their sexual orientation and/or gender identity. This report shows that this is not at present the case for LGBTQ+ young people.

Our LGBTQ+ Inclusive Schools Programme is available to all post-primary schools across Northern Ireland for free. It includes:

Cara-Friend will continue its work in schools across Northern Ireland with both staff and students to tackle these worrying statistics and to make the lived experiences of LGBTQ+ youth in our schools safer, healthier and happier. To learn how your school can get involved, please contact Declan on declan.meehan@cara-friend.org.uk. 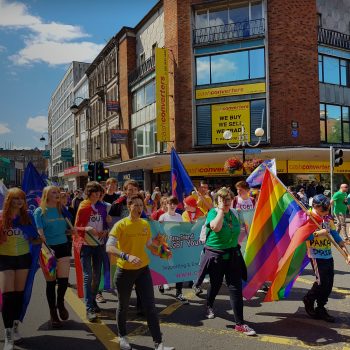 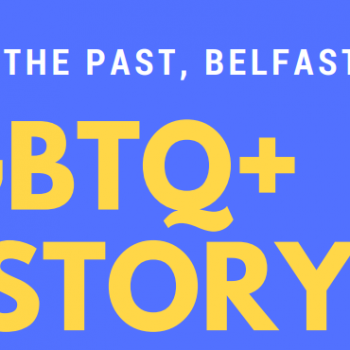